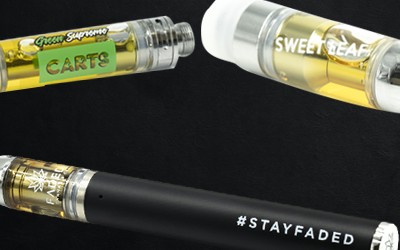 Our growing selection of vape pens offers you a discreet and safe way to consume cannabis without all the harsh smoke from the flowers that often leaves a lingering taste in your mouth. There are many disposable pens, vape kits, and vape cartridges available. Lost your battery? Check out our batteries section. 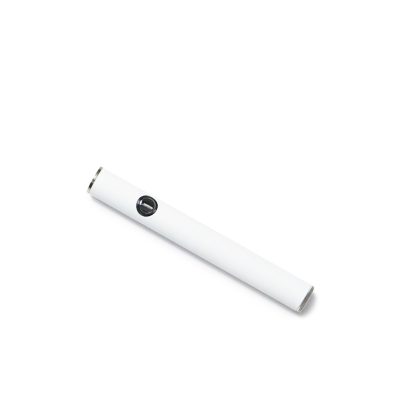 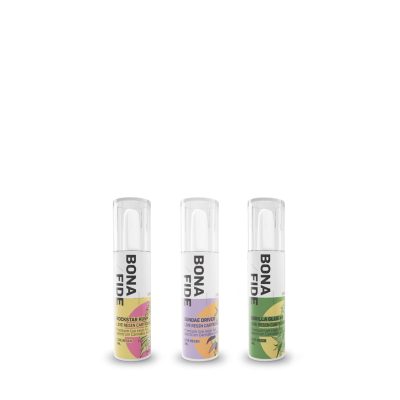 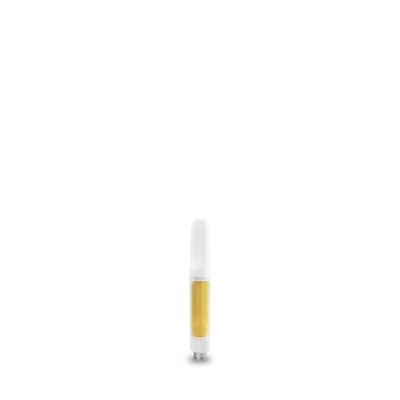 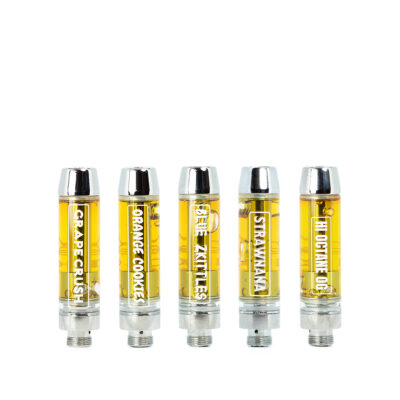 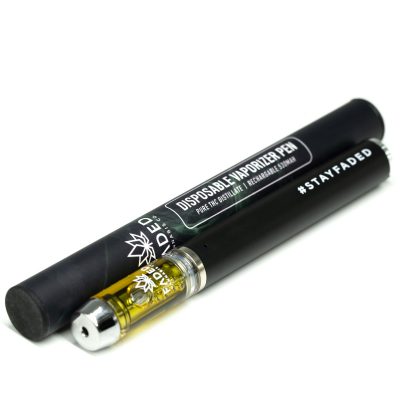 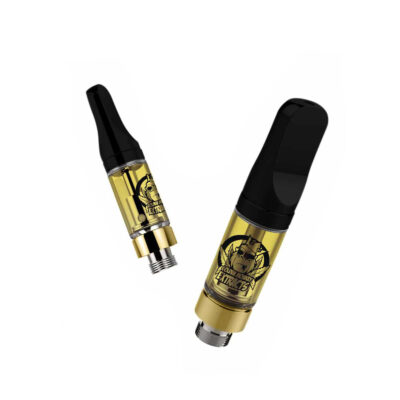 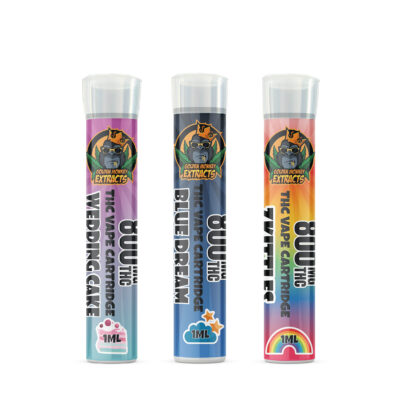 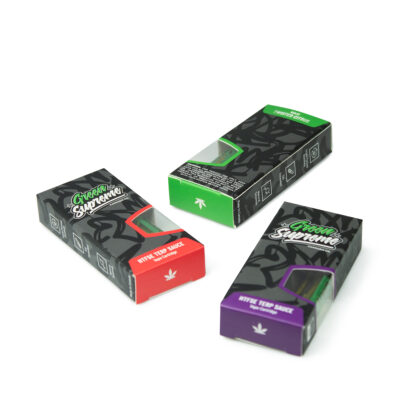 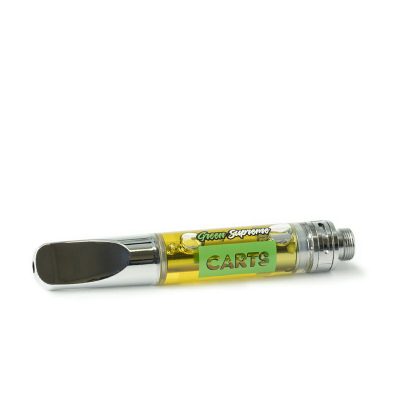 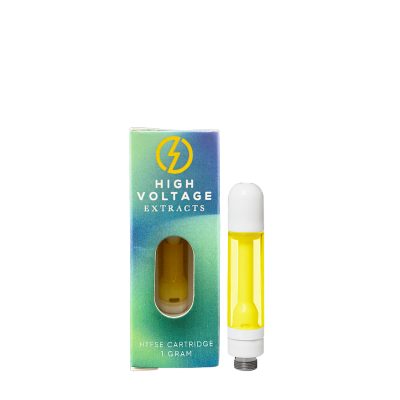 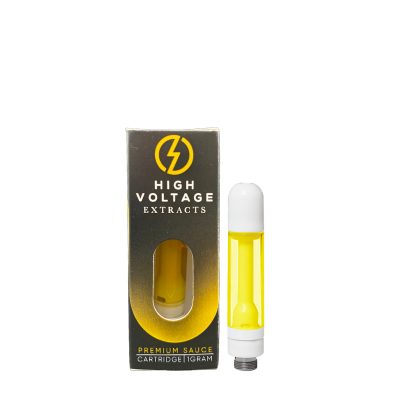 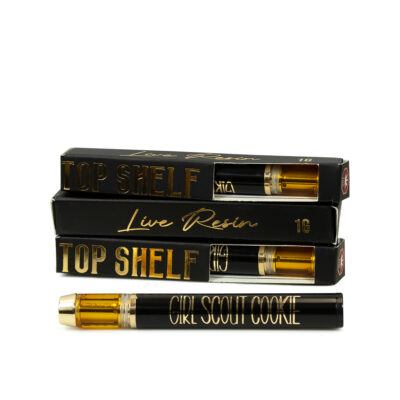 A vape is an electronic cigarette device, sometimes referred to as e-cigarettes, or battery powered vaping pen. These devices have cartridges that contain liquids, or vape juice, which are often flavoured and are heated to form vapors which may in appearance look similar to traditional smoking fumes. Many consider it a better alternative to smoking tobacco which is more harmful and toxic, while vapes contain less nicotine and are generally more accepted in public spaces as they are more discreet and less bothersome to passersby in general. As they have grown popularity and provide a quick and convenient way to simulate the experience of smoking, their ease of use has made its way into the cannabis market, where you can now also find weed or hash oil/THC and CBD pens which are essentially still vapes, but can be utilized with cannabis flowers or concentrates including hash, oil, resin, shatter and more depending on the device or cartridge!

How Can I Use Vapes?

There is quite a variety of vape pens out there, including ones that are pre-filled and disposable for short term usage or multi-use ones in which you can refill and swap out cartridges. The latter is more popular for more experienced or frequent users, while disposables are a good option if you’re packing a vape for a trip, are more of a casual and infrequent user, or simply wanting to just try it out a few times before committing to a long term pen! There are also pens with ovens or herb chambers for weed, which you would have to grind up like you were about to roll a joint. With vape pens, you can also regulate the temperature of the vape. They tend to be cooler than smoking a joint so will feel a bit differently when you actually inhale and may cause coughing fits, though of course, you can adjust as needed! To inhale weed from a vape pen, simple inhale and drag from the mouthpiece, and then exhale. If starting light, you won’t notice as much effects, so it’s best to start off at the minimum and build tolerance from there. Besides, when starting off, it’s best to keep it simple!

Are There Benefits to Vaping?

Since vaping is still a relatively new activity, there’s still much research to be done on it, though it’s generally widely considered to be a less of a risk to your health compared to traditional smoking as you aren’t inhaling actual combustion fumes which are the result of burning a joint, and has been linked to the same chemicals found in cigarette smoke. Rather, the vape that is created through heating cannabis flowers and cannabis concentrates releases the active cannabinoids, particularly THC and CBD, into a fine mist, which is the vapor! It can definitely look like combusted smoke from burning flowers, but they are not the same thing!  Vape pens are also great for convenience and remaining discreet as you don’t have to carry around an entire weed kit (grinder, rolling tray, papers, weed nuggets which can be large); instead, you are literally carrying around one pen, and maybe a charger if you need it! Since it’s electronically powered, you can smoke and stop when you want or need to, so it’s great for when you are on the go. It’ll fit right in your pocket or bag without filling it up with stank odours or leaving any burn marks, too! Much easier than trying to hide a joint!

Why Buy Vapes from Green Society?

Green Society keeps a constant supply of quality weed vapes for every kind of user! From disposable to multi-use refillable pens as well as cartridges with a variety of different kinds of concentrates to choose from, you’ll find just exactly what you need. Not sure where to start? Feel free to ask us your questions and we can give you a few pointers! We also prioritize your privacy, which is why we deliver in discreet packages and ship directly to your door! No more need to visit those brick and mortar stores, save your time and wait for the package to come to you! Need those pens asap? Don’t worry, we offer a range of quick and speedy delivery options so that you can get the goods in no time!

Nickus, Lesley. “What are cannabis vapes and how do you use them?”. WeedMaps. Accessed on 24 November 2021, at https://weedmaps.com/learn/products-and-how-to-consume/vape

“Why Vaping Weed Is Healthier Than Smoking It, According To Science,” VolteFace. Accessed 24 November 21, at https://volteface.me/feature/vaping-weed-healthier-smoking-according-science/