Easily one of the most popular strains available, Chemdawg is a hybrid flower that is well known for its distinct gas-like or diesel aroma. This West Coast classic is constantly sought out for it’s extreme potency – Chemdawg’s strength alone indefinitely secures its place in the cannabis history books. The demand for this dank strain is constantly outweighing the supply, making it a truly coveted strain. The lack of availability of this strain only boosts its reputation as a rare and heavily longed-for flower.

PRICING FOR CHEMDAWG IS AS FOLLOWING:

Categories: Hybrid, Out of Stock, The Green Room

Easily one of the most popular strains available, Chemdawg is a hybrid flower that is well known for its distinct gas-like or diesel aroma. This West Coast classic is constantly sought out for it’s extreme potency – Chemdawg’s strength alone indefinitely secures its place in the cannabis history books. The demand for this dank strain is constantly outweighing the supply, making it a truly coveted strain. The lack of availability of this strain only boosts its reputation as a rare and heavily longed-for flower.

Genetically, the history behind this exotic flower is quite hazy – the parentage of this strain is ambiguous, and to this day still perplexes many connoisseurs. What is known about this beast is that its genetics are responsible for breeding amazing and well-known flowers such as Sour Diesel and OG Kush. The average THC content of Chemdawg is absolutely mind blowing. The average THC percentage for British Columbian-grown Chemdawg is roughly 22-27%, which is shockingly tremendous for a hybrid. The high of Chemdawg is very tenacious, and never seems to fade or linger. Initially beginning as a bright, euphoric and cerebral high that eventually transitions into a heavy-hitting full bodied high. The sedating and relaxing qualities of Chemdawg are powerful enough to ease general aches and pains, but the effect on the mind are uplifting enough to counteract the couch-lock feeling associated with body highs. Ideally, Chemdawg is most-effective when used for dealing with stress, general aches or pains, depression and insomnia.

Chemdawg boasts naturally beautiful and unique flowers – these cone-shaped, tapered buds are tight in structure and quite dense, despite the fact that they are medium in size. These buds are long, which allows a thick, sticky-icky blanket of white trichomes to build upon and cover the surface area nicely. The flowers are a recognizable bright forest green that is generally associated with hybrid flowers, with a minimal amount of visible orange pistils. Be careful where you decide to open your bag of Chemdawg, as the smell is almost offensively strong. The dank, diesel or gas-like aroma permeates far and wide – the distinctly pungent will miraculously fill up an entire room within seconds. As a direct ancestor of strains such as OG Kush and Sour Diesel, it can be expected that Chemdawg bears a similar flavour profile to the aforementioned flowers. A deliciously pungent and diesel taste is accentuated by earthy undertones to provide a smooth, and flavourful smoke.

you can really taste the diesel as well, but the smoke is very smooth, smoother than most. smell great and it's very sticky when breaking apart. 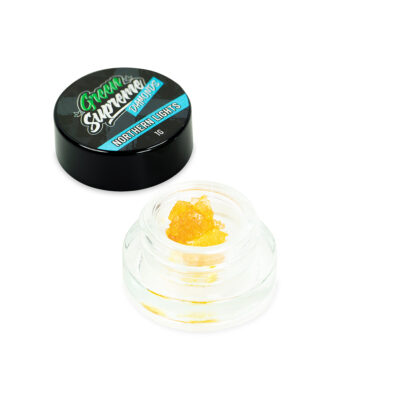 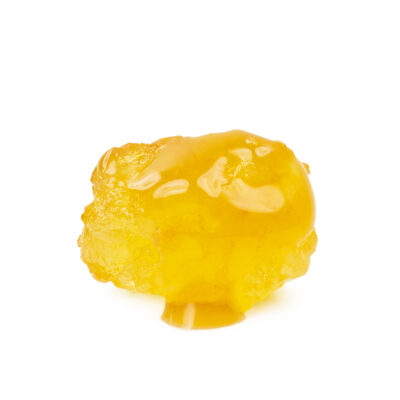 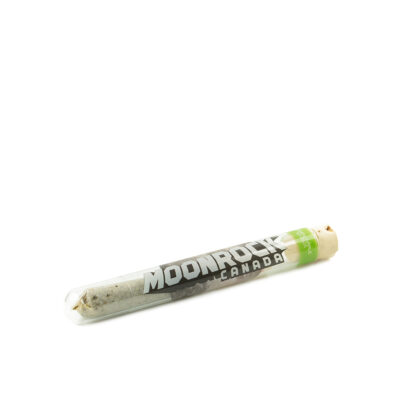