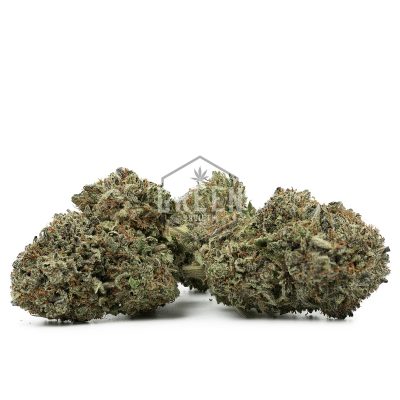 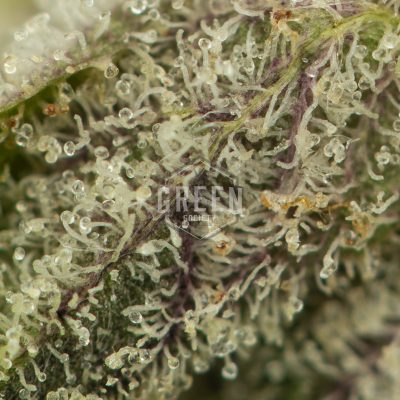 Kosher Kush, also formerly known by many oldschool stoners as Jew Gold is a freight truck of an indica strain that was first bred in Southern California. Created by a legendary Hasidic team of craft-growers, this indica has gained notoriety for its’ unknown lineage, heavy-hitting effects and palatable terpene profile. Kosher Kush has garnered global attention and earned its’ reputation, having won the High Times Cannabis Cup’s Best Indica in both 2010 and 2011 consecutively. THC levels for these gold nuggets have reportedly reached as high as 29%, with averages for Kosher Kush ranging more in between 19-23%, making it a very formidable indica and great choice for those seeking a longer-lasting buzz. The unique terpene profile of Kosher Kush is defined by its’ concentration of Limonene, Beta-Myrcene and Beta-Caryophyllene, giving Kosher Kush its’ woody, herbal and peppery base notes with added undertones of citrus and sweetness.

The Strain of Kosher Kush

Kosher Kush, formerly known as Jew Gold, is a mighty strain that was originally bred by a team of hasidic craft-growers in Southern California. The genetic make-up of is shrouded in mystery, with many speculations and urban legends adding to its’ appeal and notoriety. Winning the prestigious High Times Cannabis Cup’s Best Indica in 2010 and 2011, along with Best Strain in 2011, Kosher Kush has received critical acclaim and recognition from the world’s leading source for cannabis culture since 1974, along with racking up many other impressive accolades. This high-profile strain has become monumental and commercially recognized, even receiving approval and being blessed by an actual Rabbi. Loved for its high THC levels, smooth smoke and wonderfully sweet flavour, this fan-favourite and can be found in almost any reputable or high-end dispensary.

Los Angeles is known for having some of the most potent, exotic and marketed or commercialized weed available, and yet some how, Kosher Kush has still managed to distinguish itself from other Los Angeles grown strains as a premium, top-notch strain. While the origins of this strain have never been verified or substantiated, many have hypothesized that it was bred as a cross between OG Kush #18 and SFV OG due to their peculiar genetic similarities, which would explain the typical or genetic indica disposition of Kosher Kush. This gem, or Jew Gold, is known for producing almost shocking THC levels, with levels exceeding 29% in many sample test results. The quality of its’ high is almost un-matched, and certain to impress any stoner, regardless of familiarity or tolerance. The effects of Kosher Kush are reminiscent of strains that are typically pure indica, except amplified to a considerable degree. Kosher Kush is hard-hitting, heavily sedating and a blissfully relaxing strain.

Putting aside the intensely intoxicating high, incredible amount of accolades and awards accumulated and mysteriously intriguing genetic history, Kosher Kush is also known for having one of the most profound flavour and aromatic profiles. Like most relatives of OG Kush, the taste and scent of Kosher Kush could be categorized under “earthy,” with main notes of pine, citrus and a unique added punch of sweetness. The flavour of this strain is almost indistinguishable from the smell, and similar to many kush strains, with more of a caramel-like sweetness and less of a typical spicyness to it.

people say it can be used anytime during the day but in my case, it placed

When will my order ship?
Orders paid before 10:00 AM (PST) will ship the same business day. Any orders paid for after 10:00 AM (PST) will be shipped the following business day (Excluding Weekends & Holidays)
Why is my order on hold?
Once you place your order, it will have the "On-hold" status until payment is received. Once we receive payment, your order status will change to PROCESSING within 24 hours of receiving payment. When your order is complete, we will issue you a tracking number that is included in your order receipt which will be sent via email. Note: Please check your spam folder if you do not see the email in your main inbox.
When will my E-transfer be accepted?
We accept payment within a few hours of being received in our inbox. Please check to make sure you have sent it to the right email address as this will prevent delays in getting your order shipped out.
It has been 24 hours and I have not received tracking
If you have not received a tracking number, this is most likely do that your order is still ON HOLD Which means we have not received your payment. Please check to make sure the E-transfer was sent to the correct email address provided at checkout and email. If your order is still PROCESSING, please email us at support@greensociety.cc and we will look into why the order has not shipped and quickly resolve the issue.
How long does shipping take?
We ship all orders Xpresspost with Canada Post Shipping usually takes about 2-3 business days to major cities of Canada. Please plan accordingly if you want to receive your order the same week. We highly recommend you place the order on the weekend or Monday/Tuesday if you wish to receive the order the same week. NOTE: Canada Post does not accept parcels on the weekends which is why there is no shipping. All weekend orders will be shipped first thing Monday
How to Register / Create an Account - What are the requirements?
To create an account, please go to https://greensociety.cc/register and fill out all the information for your account to be approved
5
Rated 5 out of 5
77%
46
4
Rated 4 out of 5
18%
11
3
Rated 3 out of 5
2%
1
2
Rated 2 out of 5
2%
1
1
Rated 1 out of 5
2%
1
With images (0) Verified (56)
All stars(56)