ATTENTION: We will be closed on Monday due to Victoria Day. All processing orders will be shipped out the next day Dismiss 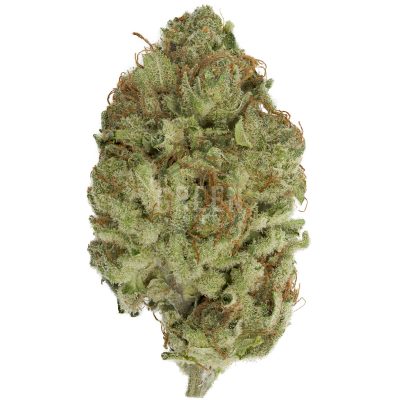 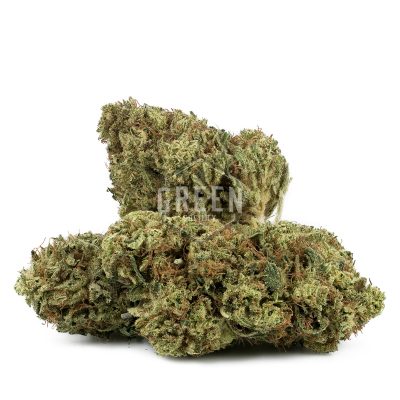 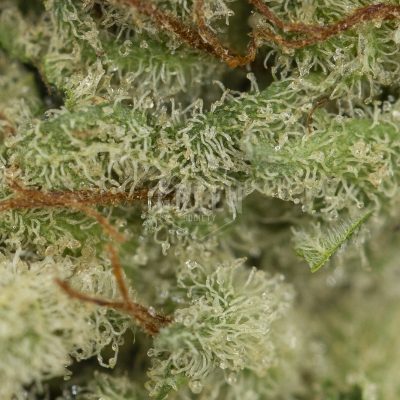 Violator Kush is a pure-bred indica strain that is the result of a cross between two landrace strains, Hindu Kush and Malana Kush. Founded by classic, old-school breeders, Barney’s Farm, Violator Kush is revered for its high THC concentration and sedating body high. Violator Kush boasts an impressive THC concentration that ranges between 18-22% and garnered the attention of millions of stoners when it won 1st Place for Overall Flowers at the Canarian Cannabis Cup in 2010. Many liken the aroma and flavours of Violator Kush to more classic, old-school strains because of its’ earthier, pungent hash-like characteristics.

Violator Kush is a classic, dank indica strain that is beloved by many for its heavy-hitting effects. This strain is the result of the time spent by Barney’s Farm in the Himalayan Mountain ranges and Malana Valley. Barney’s Farms’ team sought out Malana Charas and Hindu Kush, the best local strains, for their potency and hash characteristics. This impeccable indica has cemented its’ status in the cannabis history books as a decorated strain, winning 1st Place for Overall Flowers at the Canarian Cannabis cup in 2010.

Violator Kush is a pure indica strain that is most well-known for it’s extreme potency. Boasting a massive THC concentration of 22%, Violator is sure to knock you off your feet. In addition to its astounding THC concentration, what sets this exceptional indica strain apart from others is its’ higher than average CBD levels. The high THC percentage, along with the stellar CBD concentration explain this strain’s potent, couch-locking effects. The high will be characterized by an immense body buzz and vigorous sedating qualities. Users describe the high of Violator as extremely relaxing and euphoric. We recommend activities that are more relaxing and do not require much work such as watching movies or TV shows. Many patients use this strain to treat conditions such as:

Users will mainly experience side effects such as dry mouth and dry eyes.

This strain displays extraordinarily resinous buds and an abundance of dense THC trichomes. These medium-sized buds are a fluorescent green, short in stature and spade-shaped. One of the most visually pleasing factors is that there are a minimal amount of orange pistils or hairs visible. Many will recognize Violator Kush through its alluring, exotic smell and taste. For instance, users often identify this strain by its muskiness and robust pungency. When busted apart, Violator Kush reveals even more trichomes, along with a pleasant earthy, flowery and spicy aroma. 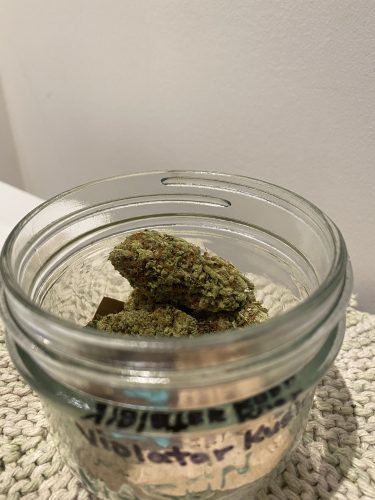