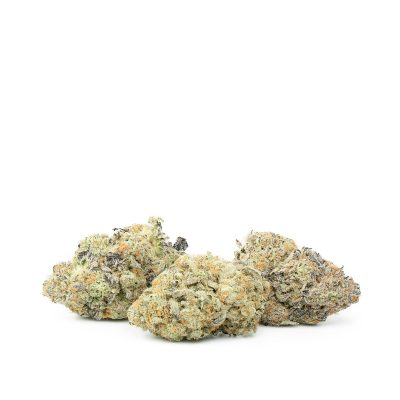 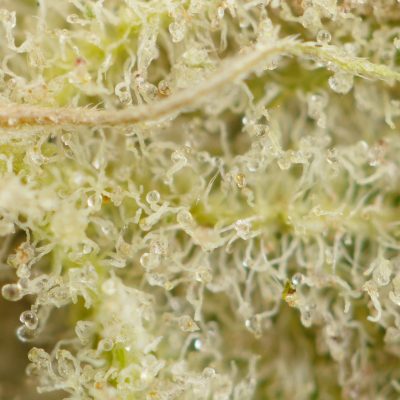 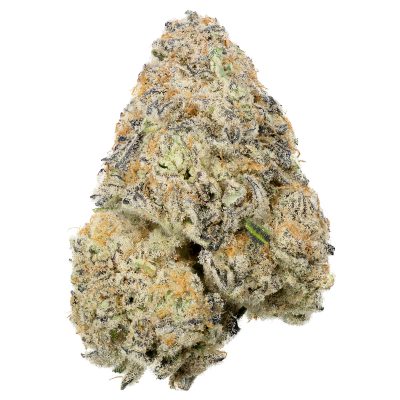 Its name alone will have you daydreaming about luscious, deep fried donuts and fruity apple goodness! Another beautiful craft strain we’re proud to present in our Top Shelf Collection, the Apple Fritter is a world class and heavily potent though well balanced hybrid.

With an extremely unique and delectable flavour profile that is reminiscent of the sweet and scrumptious flaky apple pastry treat, Apple Fritter is a heavily potent hybrid. Showcased in our Top Shelf Collection, it is exemplary of top notch quality breeding and craft cannabis done just right! It was originally created by Lumpy’s Flowers and is particularly popular on the west coast, and its favourability won it a place on the High Times Cannabis Cup List of World’s Strongest Strains back in 2016. Its THC content averages between an intimidating 25% to 28%, delivering a powerful high that is well balanced across the spectrum of only the best sativa and indica effects. Its well-rounded nature makes it appealing for an array of users whether you’re a recreational or medical user of cannabis because of its heavy euphoric uplift that is paired with a deep bodily relaxation. As they say, an apple a day keeps the doctor away!

The effects felt with Apple Fritter are so fast acting that some regard it as an instant high, so you may want to be wary of your schedule when using this strain! It starts off as a cerebral head rush that is euphoric and uplifting, swishing in and quickly washing away negative thoughts and worries before you know it. As this uplifting takes you soaring higher and higher, a deep relaxation settles in throughout your body and puts you in a state of ease and contentment. This body high is effective in soothing bodily aches and pains, and as it progresses, there is a sense of heaviness and even sedation that may put you to sleep. This well rounded high combining both sativa and indica effects help alleviate a variety of mood disorders such as depression, stress, anxiety and mood swings, in addition to providing effective pain relief. Because of its couch locking and heavy sedative nature, it is also helpful in battling insomnia, and giving you a well deserved good night’s rest!

Apple Fritter is a balanced hybrid with equal parts sativa and indica, and this is reflected in its balanced effects. Despite its popularity, its exact creation is shrouded in mystery, though many speculate that it was created by California-based growers, Lumpy’s Flowers, by cross breeding Sour Apple, an indica hybrid (a cross of Sour Diesel and Cinderella 99) and another indica hybrid, Animal Cookies (which is not to be confused with Animal Crackers). Its THC content ranges between 25% and 28%, though some reports have tested this to be as high as 32%. With such a staggering potency, the strain delivers quite a powerful punch for even the most seasoned cannabis users and, while such strength can be intimidating, it is one of the reasons for its popularity.

The nugs of Apple Fritter are spade shaped and dense, with chunky pieces that may split outwards. Its green shade varies from olive to wintergreen, and is speckled with deep purple undertones. Its pistils are long and abundant with a brassy golden colour that gives the overall bud a brighter appearance. This is all finished with a generous layering of frosty white crystal trichomes, as if blanketed with snow. Apple Fritter has a bit of an earthy, herbal aroma to it, though it is famously known for its stronger sweet vanilla and fruity apple scents, a unique terpene profile which is rather rare in cannabis. Its flavours are similarly of a fruity tart apple blended with cakey vanilla and accents of a creamy cheesy goodness, coming together to create a delectable dessert blend that gives us its Apple Fritter name! 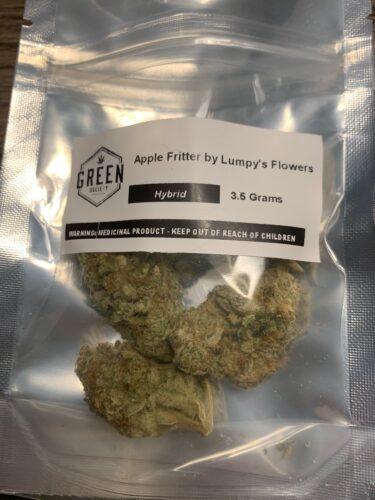 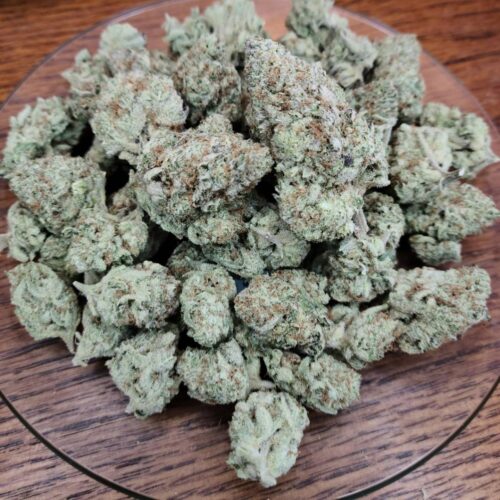 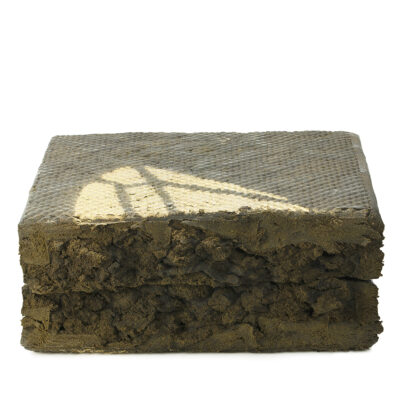 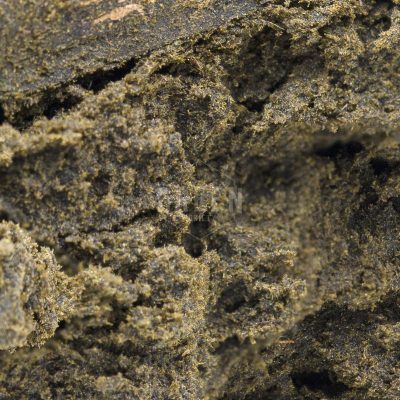 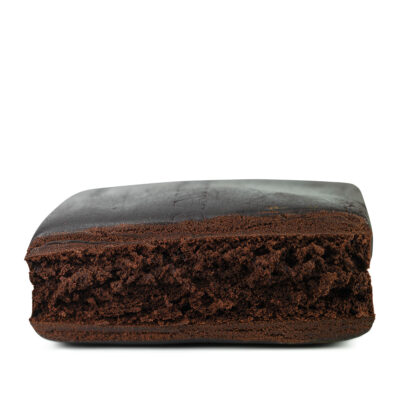 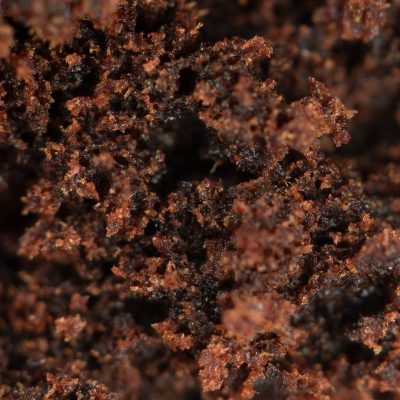