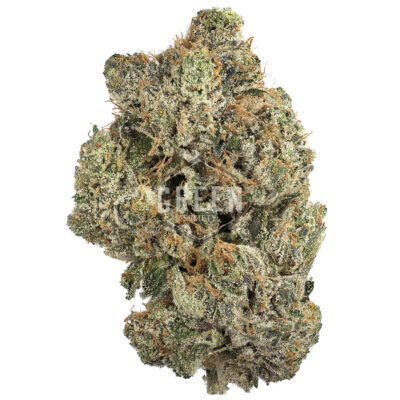 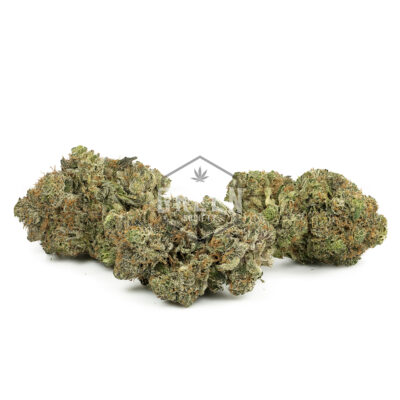 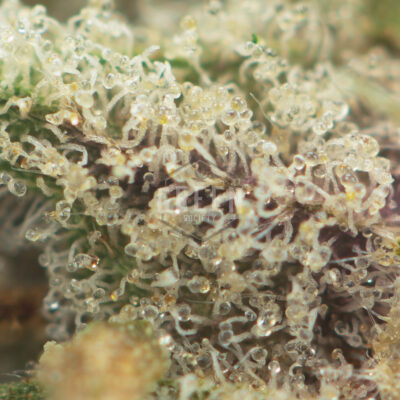 Gas Station Bob F2 is a new and exciting phenotype from Dying Breed Seeds. The real deal when it comes to gas, this top-shelf staple is a stellar example of classic gas strains that Mendocino has become known for.

Gas up at this next stop! A new craft creation by the creative breeders over at the Mendocino, California based Dying Breed Seeds, the Gas Station Bob F2 is an exciting indica hybrid! Heavily pungent as one might deduce from its name, the strain was created by crossbreeding another one of Dying Breed Seeds’ creations, the Gas Pedal OG, along with OG Eddy, who earned fame after winning the runner up prize at the High Times Cannabis Cup in 2013! Its THC levels sit at a high average of 23% to 25% potency and you will definitely feel its strength after a few tokes, so light or novice users may want to be wary of using this one! Deeply relaxing and long lasting, this strain is excellent for whenever you want to kick back and relax. For the gas fiends out there, this strain is full of gassy diesel flavours!

The Gas Station Bob F2 is pretty fast acting and potent so it would be best to be wary of having a clear schedule or chill day ahead of you when using this strain. It is known to be heavy hitting like only the best of indicas do, so beginners and those with low tolerance levels should also be cautious with consumption levels. Offering a euphoric high that also settles into a deep and calm relaxation, this strain is great for binge watching shows and movies, or simply for nights in when you’re needing that extra bit of peace after a stressful day. You’ll be washed in a mellow calmness, and as the high progresses, a bodily sedation will also come over you to ease pains or aches. The euphoric uplift offered with this strain will also help you quickly forget negative thoughts and worries, and alleviate stress, depression and anxiety as you are cradled in its warm relaxation. As you’ll be feeling fully relaxed, you’ll be able to catch a good night’s rest too, so insomnia and nightmare sufferers will be able to get some restful shut eye!

The Gas Station Bob F2 strain is an indica dominant hybrid created by Dying Breed Seeds based in Mendocino, California. Made by crossing Gas Pedal OG and OG Eddy, it has a ratio of 60% indica dominance with 40% sativa and offers THC levels that average between an intimidating 23% to 25% potency, making it one of the more potent strains out there on the market! Its parent strain, OG Eddy, also known as OG Eddy Lepp, is an indica leaning hybrid and previous High Times Cannabis Cup Award Winner for 2nd Place back in 2013! It is highly regarded for its own heavy potency and is also strong on the CBD, though its exact levels are unknown. Gas Pedal OG, or simply Gas Pedal, on the other hand, which is yet another creation by Dying Breed Seeds, is a balanced hybrid created by crossing the famous and widely popular San Fernando Valley (SFV) OG Kush and East Coast Sour Diesel. Its THC levels typically sit between 18% and 20%.

Gas Station Bob F2 nuggets have a fluffy appearance though as they are a bit dense, they are actually chunky and piecey when you actually handle them. Its colour includes varying shades of bright and dark olive greens, accented by pale golden orange amber pistils. Its crystal trichomes are tiny but plentiful and give it a sparkling sheen. As one might guess from its name, this strain is heavily pungent with the gas overtones. This is only further emphasized by having two gassy diesel parents! Definitely not one for discreet users, this strain will stink up the room and your clothes! If you’re a gas lover, then you’ve met your match with the Gas Station Bob F2! In addition to its strong diesel notes, there are also hints of classic pepper and hash spice, and rich earthiness!

KayL3
Rated 5 out of 5
Nicely cured and trimmed, gassy buds. Smokes and tastes great - the high is a creeper, euphoric and relaxing but not couch-locking.
Helpful?
1 0

When will my order ship?
Orders paid before 10:00 AM (PST) will ship the same business day. Any orders paid for after 10:00 AM (PST) will be shipped the following business day (Excluding Weekends & Holidays)
Why is my order on hold?
Once you place your order, it will have the "On-hold" status until payment is received. Once we receive payment, your order status will change to PROCESSING within 24 hours of receiving payment. When your order is complete, we will issue you a tracking number that is included in your order receipt which will be sent via email. Note: Please check your spam folder if you do not see the email in your main inbox.
When will my E-transfer be accepted?
We accept payment within a few hours of being received in our inbox. Please check to make sure you have sent it to the right email address as this will prevent delays in getting your order shipped out.
It has been 24 hours and I have not received tracking
If you have not received a tracking number, this is most likely do that your order is still ON HOLD Which means we have not received your payment. Please check to make sure the E-transfer was sent to the correct email address provided at checkout and email. If your order is still PROCESSING, please email us at support@greensociety.cc and we will look into why the order has not shipped and quickly resolve the issue.
How long does shipping take?
We ship all orders Xpresspost with Canada Post Shipping usually takes about 2-3 business days to major cities of Canada. Please plan accordingly if you want to receive your order the same week. We highly recommend you place the order on the weekend or Monday/Tuesday if you wish to receive the order the same week. NOTE: Canada Post does not accept parcels on the weekends which is why there is no shipping. All weekend orders will be shipped first thing Monday
How to Register / Create an Account - What are the requirements?
To create an account, please go to https://greensociety.cc/register and fill out all the information for your account to be approved
5
Rated 5 out of 5
100%
1
4
Rated 4 out of 5
0%
0
3
Rated 3 out of 5
0%
0
2
Rated 2 out of 5
0%
0
1
Rated 1 out of 5
0%
0
With images (0) Verified (1)
All stars(1)