When we think of the 90s, so many different memories come flashing back – remember when your biggest worry was whether or not you’ve fed your Tamagotchi pet yet? Or the greatest hits from your favourite pre-Y2K boy bands? Another blast from the past, Pre-98 Bubba Kush is a strain from the 90s that has managed to stay relevant, outliving all the trends that have quietly become forgotten. The origins of this potent indica are somewhat mysterious as many argue that it was originally a rare landrace that made its way from Afghanistan in the early 80s, while the creator of the beloved Bubba Kush claims he accidentally came across this phenotype after some experimentation with pheno-crossing. Regardless of where its’ from, Pre-98 Bubba Kush has become a favourite of indica users, offering a heavily relaxing and sedating body high and accompanying feelings of euphoria and happiness. If you’re looking for pain relief, the average 22% THC levels for this strain will do the job. This do-it-all indica strain provides users with a relaxing high that transitions into a near-debilitating body high that crushes inflammation, pain and much more before lulling users into a deep sleep. The unique terpene profile of Pre-98 Bubba Kush contains an abundance of Beta-Caryophyllene, Limonene and Myrcene, which gives it a heavy, pungent gas-like nose with undertones of a woody earthiness and tart citrus.

There are many great things that came out of the 90s: Fresh Prince of Bel Air, Super Nintendo, Backstreet Boys, Pokemon, Spice Girls, Lip Smackers, Goosebumps and Gameboy–you name it! It was a time to be alive, and one of the great cultural artefacts that came out of this decade also happens to be the Pre-98 Bubba Kush strain! While its parental lineage remains a mystery to this day, many speculate that it is the product of Pakstinani or Afghan landraces and Bubba. It is a potent indica dominant hybrid and has been loved by cannabis users for decades! It offers a long lasting high that is relaxing both mentally and physically, and is quite effective in treating mood disorders as well as physical ailments. Medical users and indica lovers alike will adore the calming nature of this strain, which is backed by a THC potency that reaches 22% on average and paired with a unique aromatic blend of citrus and coffee!

This strain is most commonly used for late nights and lazy days when you’re in need of a long rest. Users will first experience a state of euphoria and happiness before a deep relaxation settles in, washing away all worries and pains. Stress, feelings of depression or anxiety can be quickly forgotten about as you experience a peaceful uplift, while symptoms of post-traumatic stress disorder, ADD/ADHD and bipolar disorder may also be mitigated. Effective relief is commonly noted for chronic or temporary bodily pains associated with arthritis, cramps, headaches, inflammation and migraines, allowing you to feel the peace and ease you deserve! Because of its potent and long lasting effects, the strain is great for kicking back and unwinding in the comforts of your home. While it’s not couchlocking, sleepiness is a known side effect with Pre-98 Bubba Kush and heavier doses can lull you to bed easily, making it great for insomnia patients. Whether you’ve had a long day, been through a lot of stress recently or simply want a relaxing smoke sesh to chill, you can count on Pre-98 Bubba Kush to help you unwind as you reminisce about those glory days of the oh so loved 90s!

Pre-98 Bubba Kush is an indica dominant hybrid strain with 85% indica dominance to a mere 15% sativa. Its THC levels average between 20% to 22% on average. Its exact parents remain unknown despite having been circulated in cannabis markets since the 80s-90s. Its origins, however, are pinpointed to derive from Afghani or Pakistani landraces, though creators of the famed and loved Bubba Kush strain, a pure indica originating from the Hindu Kush mountains, have also laid claim to its conception.

The nugs of Pre-98 Bubba Kush are densely packed and elongated, though round in shape. It is predominantly a medium green, similar to olives, with small pale rusty orange pistils. Its crystal trichomes are tiny but generous, coating the nugs in a nice and frosty layer. Its aromatic profile is noticeably refreshingly earthy and herbal, though skunky and pungent at the same time, with a hint of sweet citrus. When smoked and exhaled, notes of coffee can be tasted, complemented by light citrus and wood. The strain is noted to have quite a harsh smoke, so it’s not the most discreet strain! 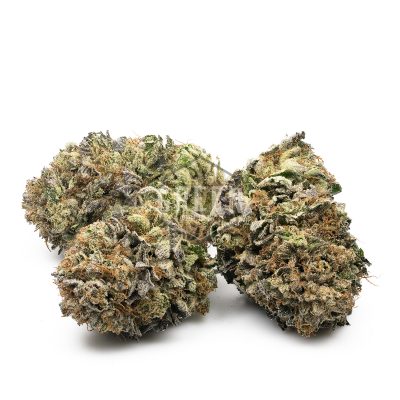 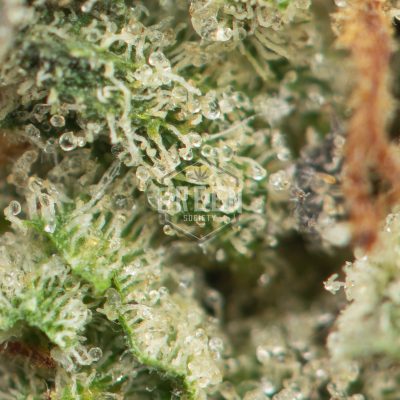 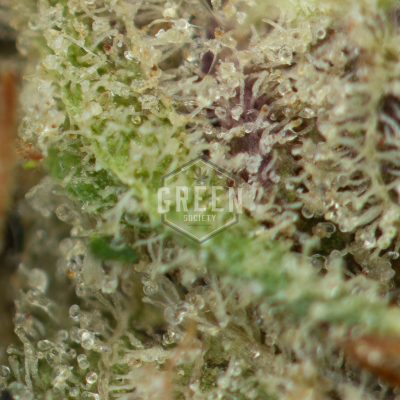