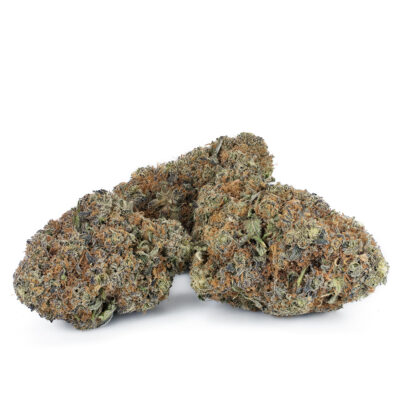 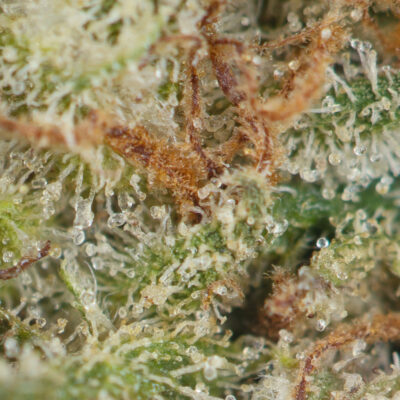 Triangle Mints, also sometimes referred to as “Octagon Kush”, was created as a cross by Triangle Kush and Animal Mints, two strains perfected by the talented guys over at Seed Junky Genetics. The Girl Scout Cookie lineage of Animal Mints gives this strain a very elaborate, multiplex of an aroma that consists of spice and notes of creamy vanilla with undertones of subtle earthiness and a gas-like essence.

A genius creation that resulted from the marriage of two popular and beloved strains, professional breeders at Seed Junky Genetics have brought us what is called the Triangle Mints strain! Sometimes also referred to as Octagon Kush, the strain was created by crossbreeding Triangle Kush and Animal Mints. A sativa leaning hybrid, it has been tested to reach as high as 31% THC potency, packing a powerful punch that can be quite sedative! With a unique flavour profile that combines menthol, herbals, and citrus, it offers a refreshingly great taste in addition to a potent and heavy hitting high, which isn’t surprising considering its family line. With both Kush and Girl Scout Cookies (GSC) genetic lineage, what is there not to love about Triangle Mints?

Being such a hard hitter, one ought to keep in mind their level of consumption and keep their schedule relatively free when using Triangle Mints! Its effects are quite fast acting, some even report that it is immediate upon the first few tokes, inducing a sense of focus, energy, and an onslaught of pure euphoria! This head high is soon followed by a deep state of relaxation throughout your body which, despite the strain’s energized nature, can easily succumb you to sedation if you’re not careful with how much you’re using! Its uplifting nature will help melt your stress and worries away, and will be beneficial for users seeking to relieve depression and anxiety. Its body high is also helpful in alleviating bodily pains whether short lived or chronic, including spasms, cramps, headaches and migraines. It’s perfect for day time usage with lighter use, but with higher intake, be prepared to remain slumped on your couch for a few hours!

Triangle Mints by Seed Junky Genetics is a sativa dominant hybrid, typically measuring at a ratio of 70% sativa to 30% indica. Its THC levels are on the higher end, averaging between 20% to 26%, but it’s not uncommon to find this strain testing as high as 31% potency, fueling its heavy hitting high! It is the child of Triangle Kush, sometimes referred to as Triangle OG, and Animal Mints. In comparison, Triangle Kush is actually an indica dominant hybrid, with a ratio of 85% indica to 15% sativa, 20% THC and 1% CBD. Animal Mints, on the other hand, which is a cross of Thin Mint Girl Scout Cookies and Fire OG, is a balanced hybrid, offering an incredibly staggering high of 25% to 32% THC!

Triangle Mints nuggets are medium sized with a super fluffy and rounded appearance, though are actually rather densely packed for a sativa. Its colour is primarily a darker mint green, with large splatters of a golden brown throughout due to its long and abundant pistils. It has a white sheen as well as it is topped with a heavy coat of frosty trichomes, giving it a gorgeous finish! Taking on traits from its parents, its aromas are a blend of diesel like fuel, with typical cannabis scents like dank skunk and earthiness. There are also layers of pine, sweetness and sourness, however, giving this strain a further complex aromatic profile. When exhaling, users will taste a refreshing combination of spicy menthol, citrus lemons and sweet, rich herbs! 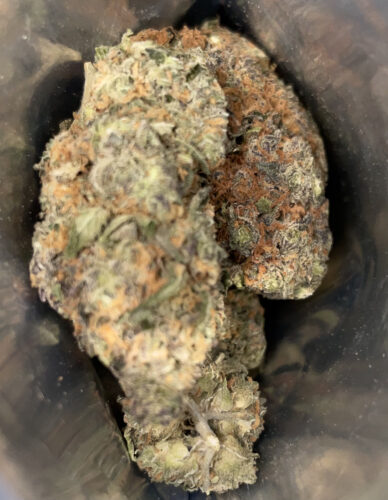 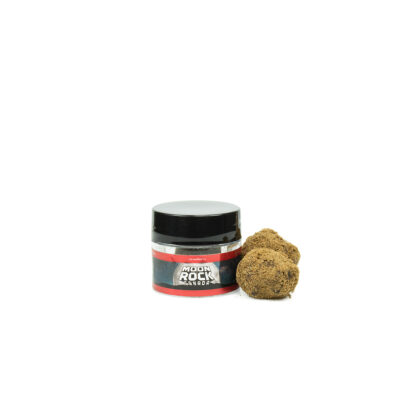 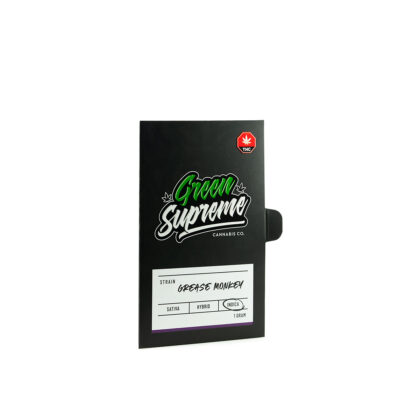 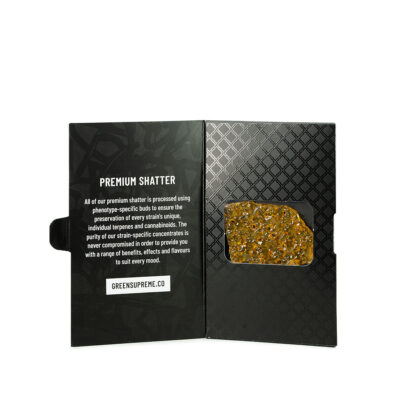 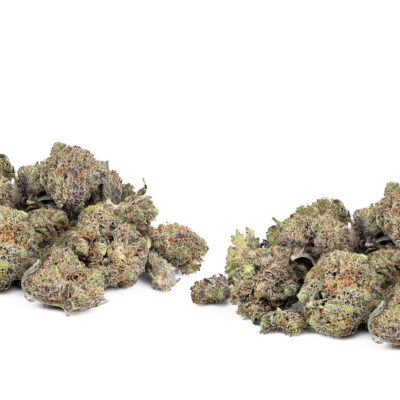