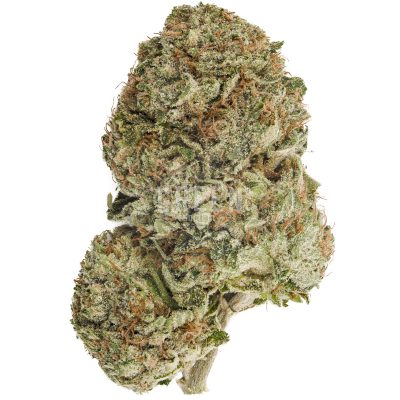 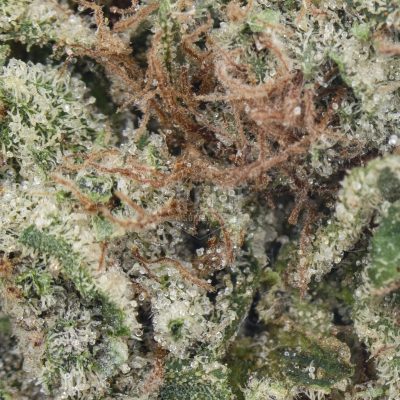 Grease Monkey by Exotic Genetix is a marvelous, stand out strain. A creation of breeders at Exotix Genetix, who have also produced other famed strains like Starfighter and Kimbo Kush, this indica-dominant strain is produced by crossbreeding Gorilla Glue #4 (AKA Original Glue, or GG4) and their other in-house strain, the sweet and dessert-like Cookies and Cream. A member of the Girl Scout Cookies lineage, Grease Monkey keeps it in the family with its sweet and nutty flavours. It carries a THC measurement that can reach as high as 30% and contains 1% CBD which allows for powerfully relaxing effects and feelings of euphoria, making Grease Monkey by Exotic Genetix ideal for pain relief and a calm state of mind, catering to both medical and recreational users looking for a sweet and potent treat!

The Grease Monkey strain’s high is gradual, though fast-acting. Users will first feel a sense of physical relaxation spreading throughout their body, followed by a sharpened sense of focus. The trip becomes cerebral as users become introspective and thoughtful, entering a dream-like state. The indica effects of this strain ultimately take over as the high progresses, though, and you may become passive and couch-locked. Grease Monkey is particularly known for making giving users a case of the munchies as well, a characteristic that would assist those struggling with loss of appetite. Despite this, taken in moderate amounts, this strain can actually still be good for daytime use due to its mental stimulation and increased focus. Stronger dosages however would be recommended for nighttime uses due to its sedative nature, which can help medical patients with stress, migraines, chronic aches or pains, and those struggling with insomnia.

Grease Monkey by Exotic Genetix tends to average between 16% to 27% in THC levels, though it can reach a staggering high of 30%. It also contains 1% CBD. Its parent, the highly demanded Gorilla Glue #4, is a well-known heavy hitter with 25%-28% THC content on average, though it also contains 1% CBN. Its other parent, Cookies and Cream, a balanced hybrid produced by crossbreeding between Starfighter and Girl Scout Cookies, is a 2014 Denver Cannabis Cup winner which averages at 22%-26% in THC. To emphasize the effects of these strains, concentrates are available like the shatters by High Heat, or Faded Extracts Grease Monkey Shatter, and its parent variant, the Faded Extracts Gorilla Glue #4 Shatter.

Grease Monkey has a rich family history that adds to its complex flavour profile. A descendent of Chemdawg and Sour Diesel, the parents of Grease Monkey’s parent, Gorilla Glue #4, there are traces of a sweet yet pungent, skunky aroma. Its genetics from Cookies and Cream is more so identifiable in its sugary, nutty vanilla. This mixture of the pungent diesel and rich vanilla can be tasted upon exhale and makes for a great and tasty, balanced flavour. In appearance, Grease Monkey has fluffy nugs that are a deep, foresty green, twisted with orange pistils and covered in a layer of small, crystal clear trichomes. 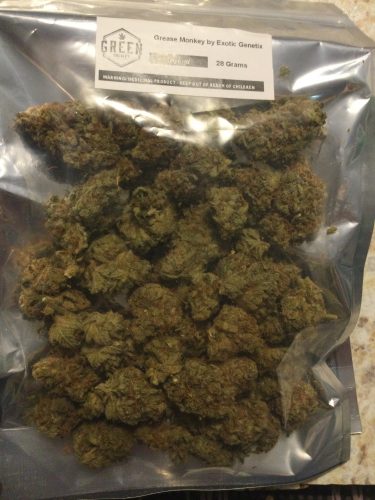 When will my order ship?
Orders paid before 10:00 AM (PST) will ship the same business day. Any orders paid for after 10:00 AM (PST) will be shipped the following business day (Excluding Weekends & Holidays)
Why is my order on hold?
Once you place your order, it will have the "On-hold" status until payment is received. Once we receive payment, your order status will change to PROCESSING within 24 hours of receiving payment. When your order is complete, we will issue you a tracking number that is included in your order receipt which will be sent via email. Note: Please check your spam folder if you do not see the email in your main inbox.
When will my E-transfer be accepted?
We accept payment within a few hours of being received in our inbox. Please check to make sure you have sent it to the right email address as this will prevent delays in getting your order shipped out.
It has been 24 hours and I have not received tracking
If you have not received a tracking number, this is most likely do that your order is still ON HOLD Which means we have not received your payment. Please check to make sure the E-transfer was sent to the correct email address provided at checkout and email. If your order is still PROCESSING, please email us at support@greensociety.cc and we will look into why the order has not shipped and quickly resolve the issue.
How long does shipping take?
We ship all orders Xpresspost with Canada Post Shipping usually takes about 2-3 business days to major cities of Canada. Please plan accordingly if you want to receive your order the same week. We highly recommend you place the order on the weekend or Monday/Tuesday if you wish to receive the order the same week. NOTE: Canada Post does not accept parcels on the weekends which is why there is no shipping. All weekend orders will be shipped first thing Monday
How to Register / Create an Account - What are the requirements?
To create an account, please go to https://greensociety.cc/register and fill out all the information for your account to be approved
5
Rated 5 out of 5
78%
28
4
Rated 4 out of 5
19%
7
3
Rated 3 out of 5
3%
1
2
Rated 2 out of 5
0%
0
1
Rated 1 out of 5
0%
0
With images (1) Verified (33)
All stars(36)